Here we go Again. Negotiating the Labyrinth of Publishing.

Okay. So what's this all about then, Alfie, this here blog?

It's about me desperately scrabbling for attention while desperately attempting to seem casual. And believe me, if there's one thing you need to learn to avoid in life, it's letting people know how desperate you are. The ol' stink of desperation is the kiss of death.

Luckily I'm in that grand phase of life where I don't care how many people know how desperate I am. Frankly I don't give a stuff... Let's be real with each other just for a moment, shall we, before we all go back to 'being professional'. Passion is the great driver. We all want the great love, the person we can't live without. But when you find that person then the possibilities of pain equal the possibilities of ecstasy. First you have to woe them - Oh, oh, will she ever be mine? Then you have to keep them - o-oh, who's that guy she's talking to? Etc. etc. etc.

If you're reading this I assume it's because you're a creative, like me (unless you're someone doing my glorious partner a favour - yeah, yeah, I read the blog, it was FUNNY. It wasn't meant to be funny? You're not sure? You didn't read it yourself?). You're hoping to find out how you get noticed, because I'm not the only one who feels this desire (desperate or not). Unless, of course, you've written your book, your screenplay, your graphic novel and you don't care if anyone reads it, if it gets published or if you make any money out of it.

Some of us want attention just because we're kind of pathetic, but for most of us it's about getting ahead in our careers so we spend less time doing things we don't like and more time doing what we love. I just got paid to write a screenplay. What a glorious time that was! That's living the dream. It's enough for me to meet my very modest basic needs for about 3 months. That's bought me time to write this blog and put a bit of time into working on the business rather than in the business.

Working on the business helps you to build the business. Working in it does, too, if you do a good job because that builds your brand - say you write a screenplay someone loves. But working in the business means you get that person to write you a recommendation and then post it on your Linkedin profile. It means writing a blog to let people know what you've just done. It means taking that novel that's been sitting in your draw for three years waiting for you to 'tweak it' and sending it out, unless it really is that bad.

A lot of us are very, very good at what we do, but we're terrible at selling ourselves. Mea culpa there, baby! You don't know how painful this is for me. Not the writing part. I'm having a ball here rattling away and mouthing off blah, blah, blah. But actually asking people to look at it and risk being laughed at (in a bad way) or rejected or ignored... that's the pain of when the great love goes sour.

But better to have loved and lost... nothing ventured nothing gained...

Here's a little list:
I've been developing a little project called the Secret for about 20 years. It's one book on Amazon at the moment. It's a screenplay. It's also 3 sequel screenplays and novels in the editing stage. It's also a new series in development of short books for little kids aimed at 10 year olds (and above) which will serve as a template for a TV series. I've been in discussions with a well established TV and film director who loves it and want to 'do it'. More as it comes to hand.
I'm agenting a book called Pandora by a writer named Fred Trost I've been working with for a couple of years. I'm also working on a couple of additional books he's producing. So I'm sending out proposals to agents in the states and waiting for replies from local publishers.
I'm co-writing the sequel to Into the Lion's Den with Martin Chimes. This thriller will be released in September 2015 - about 3 months from now. The publishers are printing 10,000 copies and making it their Father's Day promotion. I've just finished writing the screenplay of Martin's book and it's being pitched to film people in Canada as I write.
I've just done a cover for an issue of Jason Franks Sixsmiths and I'll be doing another for volume two. 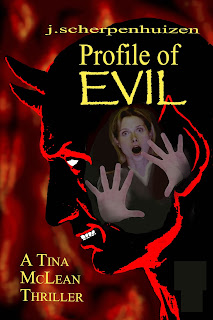 I'm getting together some samples of Thongor art for Chris Sequeira which he's going to be showing around in San Diego in a few weeks, for a series I'll be illustrating and co-writing with Jason Franks.
Well, that's a partial list. You'll find out about other stuff I'm working on if you bother to come back here. I'll let you know the strategies and the progress. The triumphs and the bitter defeats (oh the humanity!).

The last thing I'm mentioning, though, is another one of my current projects, Profile of Evil. I think I'll devote my next blog to the genesis of this book and its journey through the Australian Publishing Industry, because there's some lessons there. All I'll say about it now is - SUPPORT IT! Please. Follow the link and nominate me so I can get this sucker published by Amazon and make a few bucks, in return I'll love you even more than I do now.
https://kindlescout.amazon.com/p/1JAKKD7A4E5HU
Posted by Unknown at 8:22 PM No comments: